Why Choose Angular JS for Your Next App?

There are million and millions of web developers who sit in front of the PC for long time browsing for the lines of codes in order to make our life unbelievably easier, unlike us they very rarely get time to enjoy the happiness of their lives. Few other people like Adam Abrons and Miško Hevery have made these web developers life much easier around the world with their new ideas like Angular JS.

Angular JS is a new Java tool provided by Google, which can be utilized to design or generate web and mobile applications in a single page, many frameworks and plugins are accessible. So now anybody would be having a doubt in the back of their mind that why Angular JS is special, and also would be wondering if anybody can give few reasons for why to use Angular JS.

It was developed by Google

It is very important to remember that many frameworks are made by people just for hobby in open source but not all apps are made like that. There are few fake frameworks also. But Angular JS is developed by highly qualified and very talented engineers. So the Google hires dedicated web developers and hire Angular JS developers.  So we don’t only have a good wide exposure to learn, but also provides us with highly talented, trained and qualified engineers to help you out with the queries regarding Angular JS. This is not the first time Google is trying on javascript. But for the first time they had developed Web Toolkit. The Google wave team had used Java down to javascript. But then Google had a thought that the web is not only about Java. Angular JS was mainly designed to standardize on how the client based app must be created. 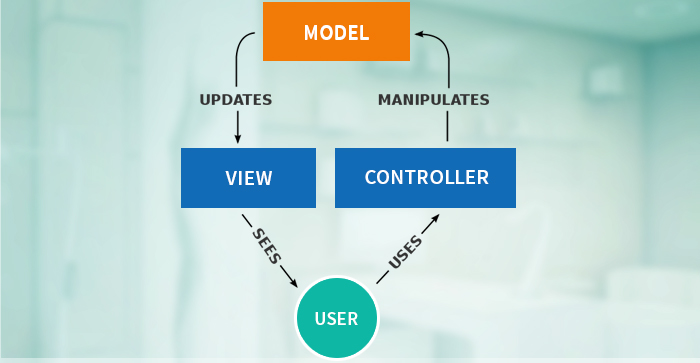 Angular JS is well known for its Model View Controller (MVC) capabilities. MVC allows the AngularJS developers to emphasize as a controller, the logic code for the working of the application, and the final result to be displayed. There were many frameworks who tried, but Angular JS is the only framework similar to MVC development.

If you are having a doubt on how or whether the AngularJS is capable enough to work along with HTML you can just be relaxed because this framework makes the maximum use of HTML and also provides extension for HTML. Anglers utilize HTML to explain about the application and also for the application execution. This framework gives an extension to HTML by using directives. It has a characteristic by which you can design your own HTML elements. This provides you with the capacity to distinguish your MVC application from DOM codes.

Directives help in gaining a strong control on your application. An AngularJS developer uses scores of directives because they are easy to test, reduces are coding. It gives better power or control on the applications without usage of many codes.

The actual web application testing includes designing a single page and involving single component in it and to check on how it works. AngularJS has good unit testing capacities. It is all connected by dependency injections. The AngularJS utilises dependency injections to manage the modules and scopes. AngularJS testing units can directly put the trial data into controllers by having direct access. Henceforth each component can be checked individually.

Your whole team can contribute simultaneously

To create a web app individually is comparatively easy but at the same time, it is time consuming. And also if there is a team effort, the development of the app will be quicker, but it is very difficult to manage the team which will need to hire a dedicated web developer. The development team is one of the most important things which distinguish a web development service from a great web service. In JavaScript development, we can coordinate teamwork, but AngularJS is very difficult to coordinate. As the sub controllers, DI and directives are able to test their components and code independently without depending on others every time they have to update the modules or to do testing. If we are going to or have an idea of developing the large app projects, the AngularJS can help us develop the app in a better way.

So, if you are undertaking development of large app projects, I am sure that AngularJS can change the way you develop apps, because  AngularJS is beyond any doubt the most popular of the JavaScript frameworks that has actually eased out the designing of web and mobile application to a great extent. Hire AngularJS Developer team from logicspice to get cost effective and efficient offshore web and mobile application development services.

Thank you! We have received your comments and our team will get back to you soon.